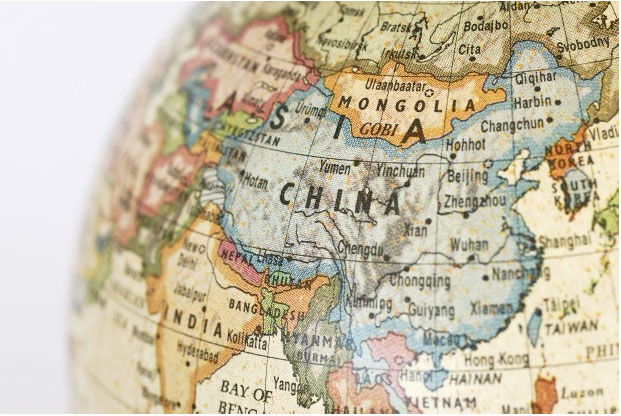 The Chinese government has kicked off investment along its much vaunted New Silk Road, with investments flooding into countries in Central Asia and Africa.

The One Belt One Road (OBOR) initiative is the single most ambitious infrastructure plan in the world today, and data seen by GTR shows that over the third quarter of 2015, the vast proportion of China’s governmental loans were disbursed along the route.

Seventeen out of 19 government loans agreed over the quarter were to projects and countries along the OBOR route, data from Grison’s Peak, a merchant banking firm, reveals. This constitutes some 90% of China’s overseas lending over the period.

Six loans were to African countries, totalling US$3.5bn, but most went the way of countries with larger framework investment treaties with China. Kazakhstan received four loans totalling more than US$2bn, as part of the US$23bn agreement the two governments signed last month.

Along the Eurasian branch of the route, VTB of Belarus received US$1.884bn in trade finance credit, while Turkcell of Turkey was given a US$1.25bn loan by the China Development Bank.

Over Q3, China pledged US$73bn to other governments – down 45% on Q2 – but perhaps the most significant was the largest defence deal China has ever agreed with a single country: a US$4.5bn pledge to Pakistan through the sale of eight submarines.

“In the mid-2000s the exuberant Chinese investment and loan promises in places like Africa were dubious,” Ethan Cramer-Flood, Conference Board

Interestingly, Grison’s Peak has also found that China’s ratio of actual investment versus pledged investment in important African markets is much higher than its two major rivals in the region, the US and Japan, since Xi Jinping came to power.

Research into two key East African trade hubs, Kenya and Ethiopia, shows that over the past 2.5 years, China has consistently delivered on its infrastructure project pledges. Those pledges are also much more manifold and substantial than those of its peers. In Kenya, China has delivered on 99.6% of the pledged investment in the country since Xi Jinping came to power, while in Ethiopia, the figure lies at 112.2%.

This seems to reflect a chance in China’s investment policy. In the mid-2000s, frequent pronouncements of large-scale infrastructure projects in Africa were often left unfinanced, with doubts over whether China had the capital in reserve to fulfil its place.

“In the mid-2000s the exuberant Chinese investment and loan promises in places like Africa were dubious, not so much because China didn’t have the wherewithal to provide the sums, but because the projects themselves underwent limited vetting, geopolitics appeared to be more important than economic logic. There were serious doubts about the recipient country’s ability to absorb the capital flows efficiently (or at all), government strategy trumped thoughts of potential returns, etc,” Ethan Cramer-Flood, China programme specialist at the Conference Board, a consultancy, tells GTR.

Cramer-Flood adds that OBOR investment seems more rational, with host countries more amenable to Chinese investment, particularly on shovel-ready projects or those that are well-considered. However, as the Chinese domestic economy continues to underperform, amid large-scale capital outflows, poor consumption and industry overcapacity, it remains to be seen where the substantial funds required for the OBOR projects will be sourced from.

Meanwhile, the US may ponder its waning influence on the African continent, despite having put significant effort into growing bilateral relations, both under the longstanding African Growth and Opportunity Act (AGOA) and a large number of trade agreements with individual countries.

Since AGOA was implemented in 2000, trade between the US and Africa has tripled, particularly trade involving apparel exporting nations such as Kenya, Lesotho, Mauritius, Swaziland. The US’ famed “pivot to Asia” under President Obama, spearheaded by the Trans-Pacific Partnership, however, could place US influence in the region into further doubt.

“There is one striking negative figure which is between 2013 and 2014, AGOA imports fell by roughly 50%. That’s largely due to what happened to the price of oil, but it’s not a good sign when you see that big of a drop,” Frank Samolis, chair of the international trade practice at Squire Patton Boggs, a US law firm, tells GTR.

He adds: “The TPP poses a challenge for AGOA because, looking primarily at Vietnam, one of the TPP members, because when TPP goes into effect they will have an enormous advantage relative to the AGOA countries because they will have unrestricted free trade.”

This could lead to a further set of free trade negotiations between the US and African countries, or perhaps some of the economic blocs on the continent such as the Common Market for Eastern and Southern Africa (Comesa) or the African Economic Community (AEC).

But as the figures and trends over the past two decades show, the US has a long way to go before it catches up with China, in terms of trade and investment in and with Africa.